W.Va. Primary Contenders Diverge On How To Solve The Opioid Epidemic 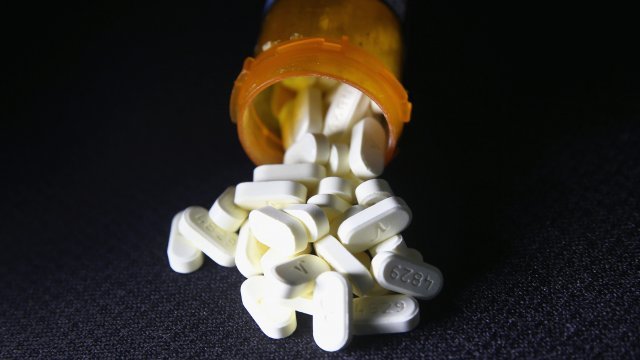 The Democrats and Republicans running in the West Virginia primary don't agree on how to approach the opioid crisis.

The opioid addiction rate in the U.S. has reached an epidemic level. According to the National Institutes of Health, over 100 Americans die of an opioid overdose every day. It's also cost an estimated $78.5 billion a year in treatment, lost productivity and law enforcement.

The epidemic is a problem in every state, but it's notably worse in some more than others: like in West Virginia, which had the highest rate of opioid-related deaths in 2016. The crisis has taken center stage in the Mountain State, and candidates in the primaries there have different ideas to tackle the issue.

For the U.S. Senate, there's Democratic Sen. Joe Manchin, who's running for re-election. He says he wants more funding for law enforcement and treatment centers. His Democratic challenger, Paula Jean Swearengin, says she wants less criminalization for drug offenses and more oversight of the pharmaceutical industry.

In a tweet Monday, President Donald Trump urged West Virginia voters not to vote for the former coal executive in Tuesday's primary.

Then there's the Republican side, featuring a total of three main contenders: U.S. Congressman Evan Jenkins, state Attorney General Patrick Morrisey, and former Massey Energy CEO Don Blankenship. Like the Democrats, they all have different ideas, too.

Between Trump's border wall and ending sanctuary cities, they've proposed a lot of solutions: from encouraging religious leaders to join the fight against opioid use in their communities, to mandatory drug testing for every government employee and teacher.

The only thing clear now is there isn't much unity among contending West Virginia leaders on how to approach the opioid epidemic, with each Democratic and Republican candidate proposing a different plan. What makes matters more complicated is some of those solutions — like a border wall — are very partisan issues.

Considering the gravity of the epidemic in West Virginia, that leaves a lot of questions for the rest of the U.S., as leaders across the country try to figure out the best way to end the crisis.