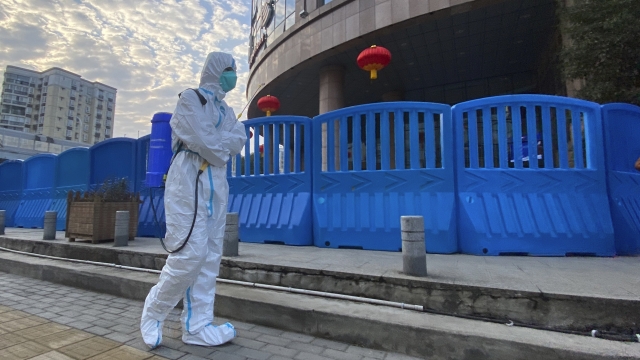 SMS
W.H.O. To Release Report On Coronavirus Origins Report
By Newsy Staff
By Newsy Staff
March 30, 2021
It's expected to say the virus coming from a lab leak is very unlikely.
SHOW TRANSCRIPT

The World Health Organization is planning to release a report to the public about the likely origins of COVID-19.

According to the Associated Press, it's expected to say the most likely scenario was the virus was transmitted from bats to humans through another animal.

The report is also purported to say the virus coming from a lab leak is very unlikely. U.S. Secretary of State Antony Blinken said he is concerned about the report because China was involved in writing it.

The W.H.O.'s findings don't provide a lot of new information but it will give the reasoning behind their hypothesis.