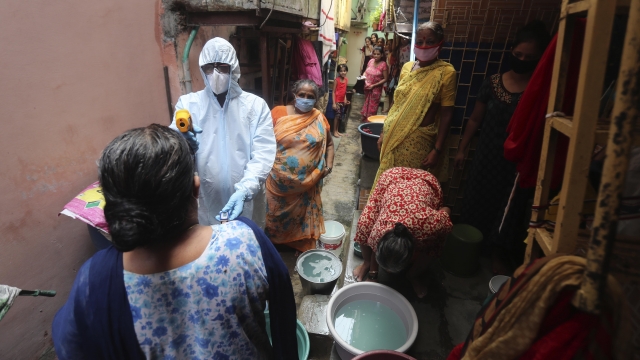 SMS
WHO Reports Largest Single-Day Increase In COVID-19 Cases
By Meg Hilling
By Meg Hilling
June 22, 2020
Experts attribute the new numbers to more testing and the spread of the virus.
SHOW TRANSCRIPT

COVID-19 cases are climbing in India, Brazil and the U.S., with the World Health Organization reporting the largest single-day increase by its count on Sunday.

According to the agency, more than 183,000 new cases were reported within 24 hours. India in particular is struggling as migrant workers return to their rural villages.

Experts tell the Associated Press that the rising case numbers are reflective of multiple factors, including additional testing and the spread of the virus. According to the outlet, more than two-thirds of new deaths reported were in the Americas.

Numbers from Johns Hopkins University show the U.S. still has the highest number of confirmed cases, followed by Brazil.

Meanwhile, South Korea is keeping an eye on new cases, citing concerns of a possible second wave and plans to reimpose stronger social distancing measures if cases continue to climb.

Contains footage from CNN. Additional reporting by Emily Schmall and Elaine Kurtenbach of the Associated Press.