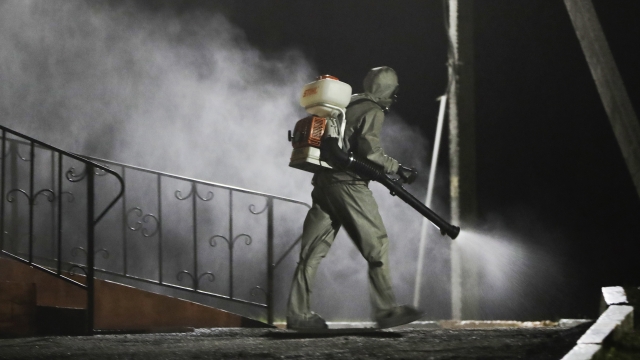 The World Health Organization's director-general said Friday that only "aggressive action combined with national unity and global solidarity can turn this pandemic around."

Director-General Tedros Adhanom Ghebreysus said, "There are many examples from around the world that have shown that even if the outbreak is very intense, it can still be brought back under control."

He pointed to nations like Italy, Spain and South Korea. He attributed success in those countries to "community engagement and the basics of testing, tracing, isolating and treating" everyone who is sick.

Meanwhile, the executive director of the WHO's health emergency program, Dr. Michael Ryan, said even countries that get it under control are still at risk of re-importing the virus from another nation. He said it's "very unlikely" countries can eradicate COVID-19 right now.

Comparing the spread to a forest fire, Ryan said nations need to douse the "small embers" before they get out of control. He said reimplementing lockdown measures may be the only way to control the virus.