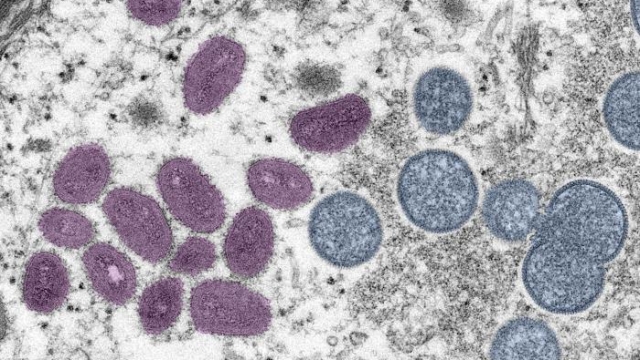 This is the first time in history a director-general has declared an emergency without a clear recommendation from the emergency committee of the W.H.O.

Here in the U.S., health officials have been working on a strategic deployment of vaccines.

As cases climb globally, experts fear the window for containment is shrinking.

The rare disease gained a foothold in Europe and North America. Now, W.H.O. Director-General Dr. Tedros Adhanom Ghebreyesus said the disease is now appearing in regions where it hasn't before.

"We have an outbreak that has spread around the world rapidly through new modes of transmission, about which we understand too little," said Dr. Tedros.

Dr. Tedros made the decision Saturday, saying he acted as "a tiebreaker," despite a lack of consensus among experts on the agency's emergency committee.

The W.H.O. reports that monkeypox has now spread to more than 70 countries. In the U.S., according to the latest CDC data, there are 2,891 confirmed cases of monkeypox. Currently, New York, California, Florida, Illinois, and Georgia are among the states reporting the highest number of cases.

"The good news about monkeypox is, if there is any at all, is that it is a familiar threat. We have tests and we have vaccines," said California Assembly Speaker Anthony Rendon.

This week in San Francisco protestors expressed frustration with the state's slow response to handling the disease and demanded additional vaccines.

New York City is the current epicenter of the monkeypox outbreak in the U.S., with 778 cases. Health officials there say 17,000 monkeypox vaccine appointments were booked within 30 minutes Friday evening. As they work to meet the demand, state health officials say there may not be enough vials to accommodate everyone who is eligible for a shot.

"I want you to know that we are doing everything we can to get the vaccine to residents who have the highest likelihood of exposure and where we have seen monkeypox is present," said Dr. Mary Bassett, health commissioner of the New York State Department of Health.

According to a study published this week in the New England Journal of Medicine, 95% of monkeypox cases have been transmitted through sexual activity; the cases are associated with gay and bisexual men, which Dr. Tedros says they are a group that remains most at-risk for contracting and spreading the disease.

"For the moment, this is an outbreak that is concentrated among men who have sex with men, especially those with multiple sexual partners," said Dr. Tedros.

Despite this, Dr. Tedros says the disease could spill over into other communities. Symptoms to look out for: monkeypox rashes, swollen lymph nodes, a headache, fatigue, and a sore throat. Experts say the good news is that the disease can be stopped if all countries work to deliver information and vaccines to affected communities.

"With the tools we have right now, we can stop transmission and bring this outbreak under control," said Dr. Tedros.

A global emergency doesn’t necessarily mean a disease is particularly deadly or transmissible.

Similar declarations were made for the Zika virus in 2016 in Latin America and the Ebola outbreak in West Africa in 2014.

The W.H.O. said earlier this month, COVID-19 remains a global emergency, nearly 2-and-a-half years after it was first declared.