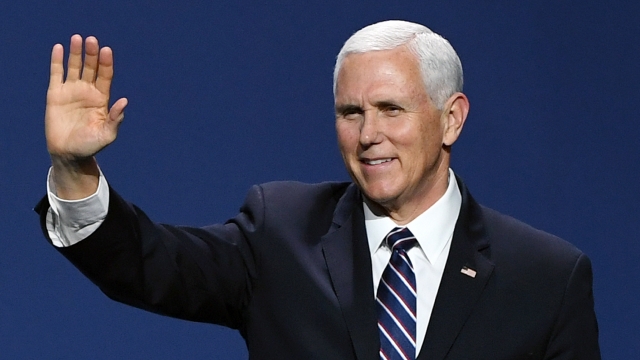 During a council meeting, Pence denounced the state of unrest in the South American country and called President Nicolás Maduro a "dictator with no legitimate claim to power." He also questioned the legitimacy of the country's U.N. ambassador.

"This body should revoke the credentials of Venezuela's representative to the United Nations, recognize interim President Juan Guaidó, and seat a representative of the free Venezuelan government in this body without delay. With all due respect, Mr. Ambassador, you shouldn't be here. You should return to Venezuela and tell Nicolás Maduro that his time is up. It's time for him to go."

The humanitarian crisis in Venezuela has continued to escalate in recent weeks, and an internal U.N. report estimates around 7 million Venezuelans "have urgent priority needs for assistance and protection."

Pence said in a tweet after the meeting: "Today I addressed the UN Security Council on the crisis in Venezuela. The Maduro regime has used violence & intimidation against anyone who opposes it. In the last 3 months, it has thrown at least 1,255 people into jail & killed at least 40 protestors."

According to the vice president, the Trump administration is currently preparing to introduce a resolution that would revoke the current Venezuelan U.N. ambassador's credentials.

Russia Thanked The U.S. For Information On Possible Terrorist Attacks