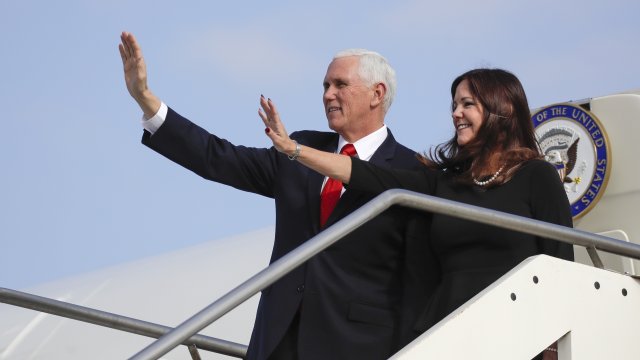 After one of his staff members tested positive for the virus, Pence said Saturday afternoon he would take the test. The vice president said he and his wife would get tested as a precaution, but that neither he nor President Donald Trump had contact with the employee.

"While the White House doctor has indicated he had no reason to believe that I was exposed and no need to be tested. Given the unique position that I have as vice president and as the leader of the White House coronavirus task force, both I and my wife will be tested for the coronavirus later this afternoon," Pence said.

During the briefing, Pence said more than 195,000 U.S. citizens have been tested and received results. Nineteen thousand tested positive. The virus had infected over 26,500 people as of Sunday morning, according to Johns Hopkins University.