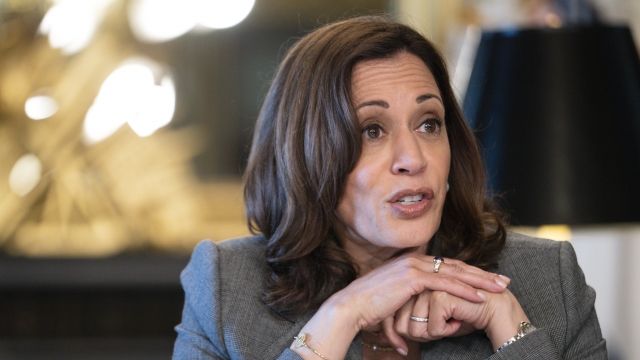 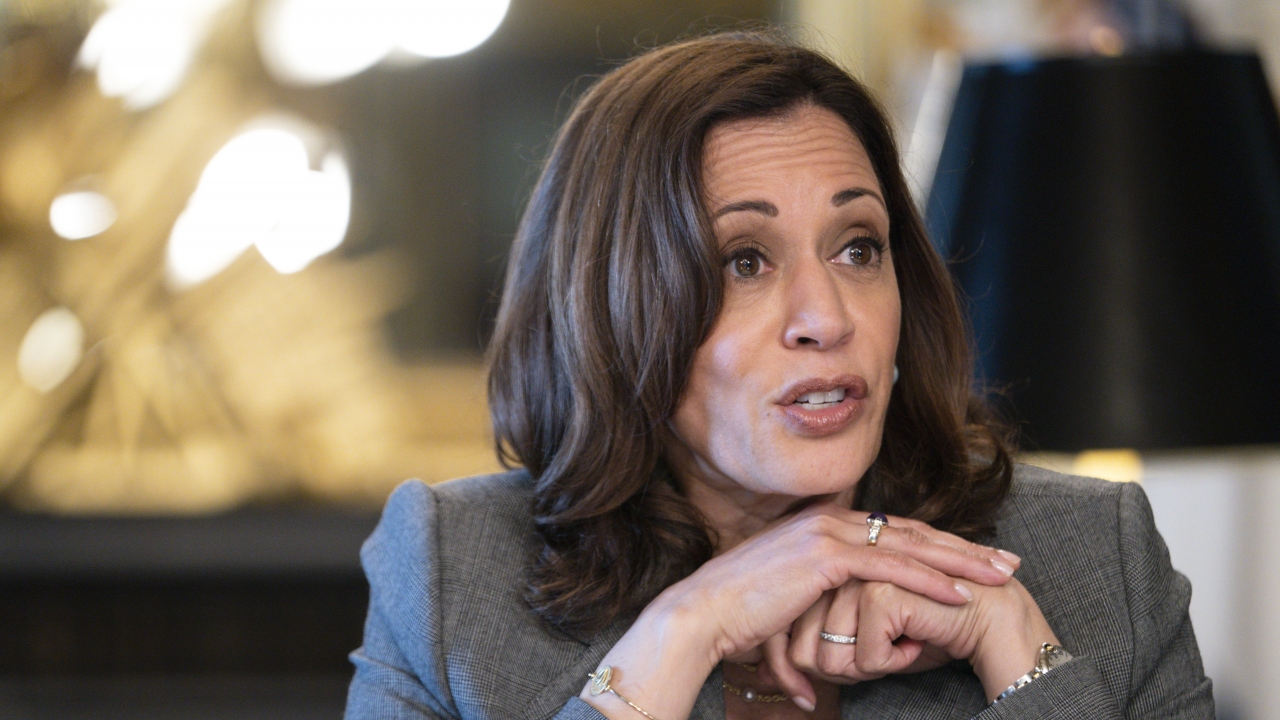 With Justice Kavanaugh now part of the court majority that voted to overturn Roe v. Wade and the senator now vice president, Harris is warning that the court's decision could trigger some of the same far-reaching privacy limitations she warned of during those hearings.

Taking to the issue with a passion linked both to her personal and professional background, Vice President Harris has spent recent weeks sounding the alarm that upending Roe could create precedent for new restrictions on everything from contraception and in vitro fertilization to gay marriage — and that states restricting such things are also leading the way in new limits on the right to vote.

Justice Clarence Thomas seemed to validate such concerns, writing in a concurring opinion to the larger ruling on Roe that the high court "should reconsider" past decisions on access to contraception and same-sex marriage.

Vice President Harris has been a leading Biden administration voice on abortion rights since early May, when a leaked draft opinion previewed Roe v. Wade's nullification. She was flying to Illinois for a maternal health event when the final decision was announced last week, and read it while still in the air — quickly shifting the focus of her planned remarks to the ruling.

The decision "calls into question other rights that we thought were settled, such as the right to use birth control, the right to same sex marriage, the right to interracial marriage," Vice President Harris told her audience Friday at a suburban YMCA, adding that it would spark a "health care crisis."

During an interview Monday with CNN, Vice President Harris said, "I definitely think this is not over," adding that, of what Thomas wrote, "I think he just said the quiet part out loud."

Becoming a leading voice on abortion access could be a better fit for Vice President Harris after President Joe Biden tasked her with overseeing other thorny issues that haven't gone well: immigration and expanding voting rights. Sweeping legislation on both issues has stalled in Congress, prompting some advocates to say the vice president and the White House should've done more.

Vice President Harris symbolically presiding over the Senate didn't stop Republicans from blocking efforts to codify Roe v. Wade into federal law before the court's ruling overturning it. But Democrats are hoping anger around the issue will energize their base for the November midterm elections, when the party faces steep headwinds.

Getting straight to the politics of the matter after the ruling was announced, Vice President Harris said, "You have the power to elect leaders who will defend and protect your rights. With your vote, you can act. And you have the final word."

After a Texas law effectively banned abortion in the state in the fall, Vice President Harris met providers and patients, which her office believes is the first time abortion providers have visited the White House. She stressed then that gender discrimination persists, saying that "women's full participation in our nation" was still only a goal, not a reality.

After the draft Supreme Court opinion leaked, the vice president convened a virtual discussion with doctors and nurses providing abortion care in states with strict restrictions and met with Democratic attorneys general from states supportive of reproductive rights.

President Biden has also forcefully defended abortion rights and warned that other rights are now at risk. But as an observant Catholic, he hasn't always had a strong record on the issue.

"Seeing women fight on behalf of other women is just very true to the core of who she is," said Jacqueline Ayers, senior vice president of policy, organizing, and campaigns at Planned Parenthood Federation of America.

She added that Vice President Harris has framed the issue to underscore "the disparity that it creates on Black and brown communities, and for people who are living with low income."

Ayers said the high court's action has allowed the vice president to highlight how she's used her office to listen to women and advocate for improving their health care — perhaps even in ways President Biden can't.

"It's not necessarily a wedge, it's just a continuation of someone who has really staked their career around the issues that are key and drivers for them," Ayers said of differences between Vice President Harris and President Biden.

Rev. John Dorhauer, the general minister and president of the United Church of Christ, attended a recent virtual meeting on abortion rights that Vice President Harris hosted, and suggested she's been less afraid than some top Democrats to advocate forcefully on the issue.

"To hear that from one of the highest offices in the land is incredibly encouraging," Dorhauer said.

But some abortion opponents argue that Vice President Harris has hurt her cause by equating abortion access with other, more routine medical care.

"She has become emblematic of the abortion absolutism on the other side," said Marjorie Dannenfelser, president of the Susan B. Anthony List, which advocates for women who oppose abortion in politics.

As a senator, Vice President Harris introduced legislation to improve maternal health. During a 2019 Democratic presidential primary debate, then-candidate Harris said it was "outrageous" that abortion had been overshadowed by other issues, despite a woman's right to the procedure being "under full-on attack" even then.

The vice president most forcefully signaled the outspoken role when she declared a day after the draft opinion leaked in May: "Those Republican leaders who are trying to weaponize the use of the law against women, well, we say, how dare they?"

She then used subsequent weeks to argue that undermining Roe v. Wade could soon wipe out other key privacy rights — the same theme she raised during Kavanaugh's hearing.

Vice President Harris says many states moving to fully ban abortion could restrict in vitro fertilization if legislatures argue that human life begins at fertilization. They could prohibit contraception methods, including intrauterine devices and the "morning after" pill, she argued.

Law enforcement might scrutinize data collected from millions of women who use menstrual cycle tracking apps, or those doing internet searches on getting abortions in other states, the vice president said.

Also ultimately at stake, Vice President Harris maintains, is the legalization of gay marriage, noting that states with the strictest abortion laws often also have past LGBTQ prohibitions that the Supreme Court could revive. Once those rights have fallen, the argument goes, voting rights could be next. She convened a recent meeting with privacy experts to discuss the matter.

"That slippery slope is really slippery," said one of the meeting's participants, Jennifer Weiss-Wolf, the women and democracy fellow at the nonprofit Brennan Center for Justice in New York. "We're barreling right down it right now."

Michele Goodwin, a law professor at the University of California, Irvine, told attendees to be prepared for "the coming of a new Jane Crow," as efforts to limit abortion begin to emulate antiquated laws that once sanctioned open discrimination against Black people.

Dannenfelser countered that Vice President Harris and others are exaggerating, saying the current Supreme Court is "the least likely to do what she's saying. They believe in the rule of law."

"It's intended to scare people and to build a coalition on the other side outside of the abortion issue," Dannenfelser said.

Vice President Harris' office says she is indeed building a coalition, but it will be one of people who believe that Roe v. Wade's effects far exceeded abortion, and not just for women. To help drive home that point, Vice President Harris met recently in Los Angeles with religious leaders, noting that "to support Roe v. Wade, and all it stands for, does not mean giving up your beliefs."