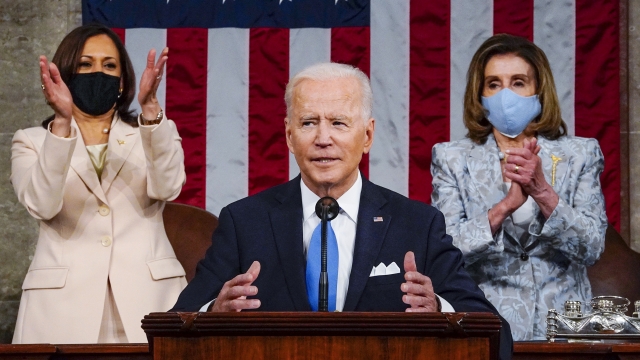 SMS
VP Harris, Speaker Pelosi Make History During Speech
By Simon Kaufman
By Simon Kaufman
April 29, 2021
Harris and Pelosi are the first female duo to sit behind a president during a joint address.
SHOW TRANSCRIPT

As the president spoke to Congress, history played out behind him.

For the first time ever, the two seats behind a president during an address to Congress were filled by women.

Vice President Kamala Harris made history when she was sworn in in January as the first female vice president. House Speaker Nancy Pelosi became the first woman to lead the House chamber when she first took over in 2007.