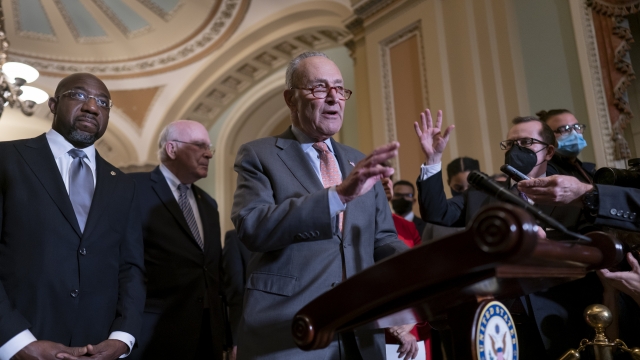 SMS
Voting Rights Bill Blocked By Republican-Led Filibuster In Senate
By Associated Press
By Associated Press
November 4, 2021
Democrat leaders face pressure from progressives to change the filibuster — which requires 60 votes for most bills to advance — but centrists oppose.

If at first you don’t succeed, make Republicans vote again. That's the strategy Senate Majority Leader Chuck Schumer appears to be pursuing as the New York Democrat forced another test vote Wednesday on legislation to overhaul the nation's election laws. For the fourth time since June, Republicans blocked it.

Democrats entered the year with unified, albeit narrow, control of Washington, and a desire to counteract a wave of restrictive new voting laws in Republican-led states. 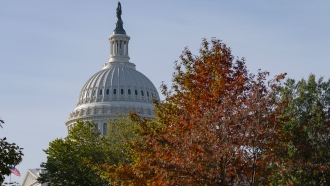 Democrats Wonder Why They're Losing Ground Across U.S.

But their initial optimism has given way to a grinding series of doomed votes that are meant to highlight Republican opposition, but have done little to advance a cause that is a top priority for the party ahead of the 2022 midterm elections.

The Senate voted against debating voting legislation Wednesday, with Republicans this time filibustering an update to the landmark Voting Rights Act, a pillar of civil rights legislation from the 1960s. GOP senators oppose the Democratic voting bills as a “power grab.”

The stalemate is forcing a reckoning among Senate Democrats about whether to make changes to the filibuster rule, which requires 60 votes for legislation to advance. That could allow them to muscle legislation through, but would almost certainly come back to bite them if and when Republicans take back control of the chamber.

The Democrats' John Lewis Voting Rights Advancement Act, named for the late Georgia congressman who made the issue a defining one of his career, would restore voting rights protections that have been dismantled by the Supreme Court. Under the proposal, the Justice Department would again police new changes to voting laws in states that have racked up a series of “violations,” drawing them into a mandatory review process known as “preclearance.”

The practice was first put in place under the Voting Rights Act of 1965. But it was struck down by a conservative majority on the Supreme Court in 2013, which ruled the formula for determining which states needed their laws reviewed was outdated and unfairly punitive. The court did, however, say that Congress could come up with a new formula. The bill does just that.