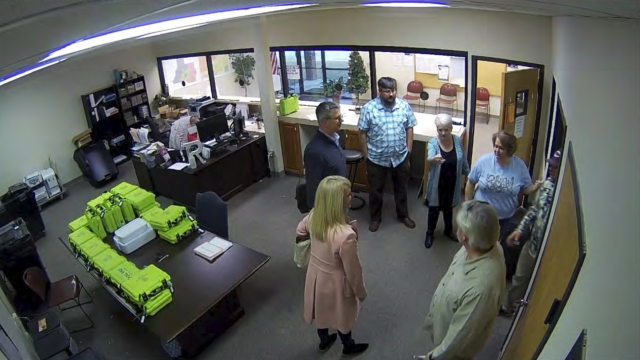 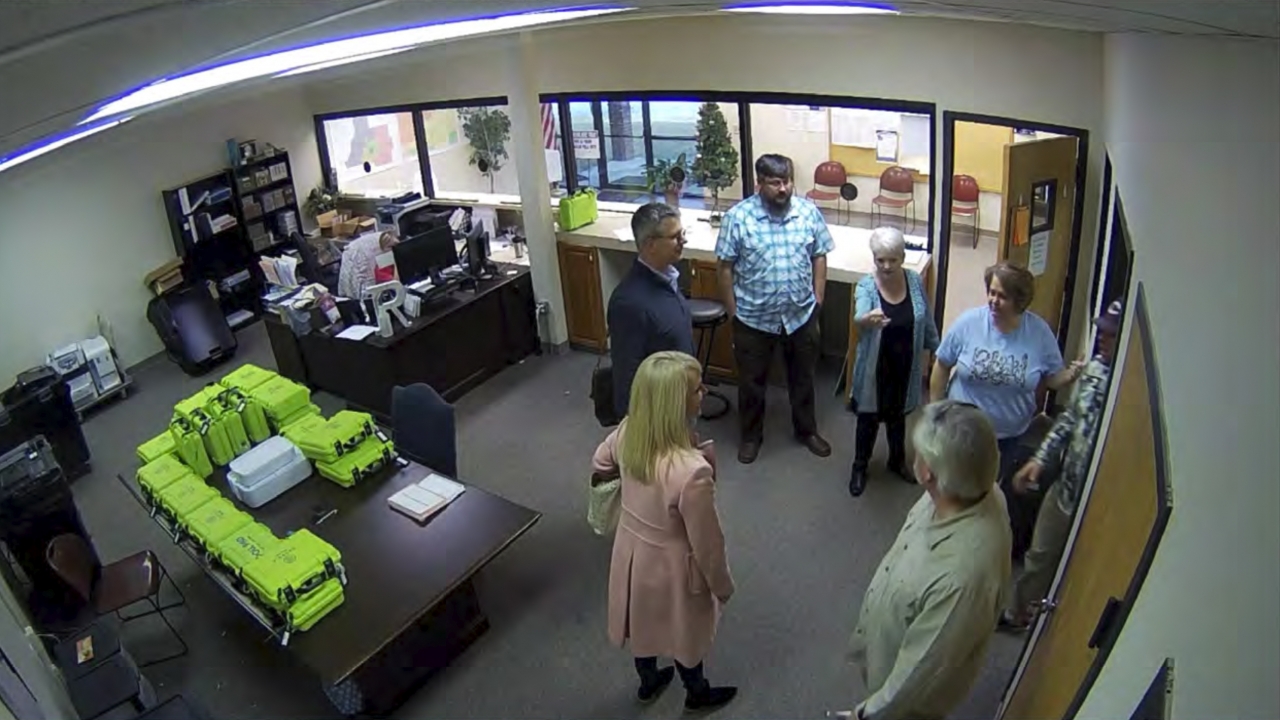 Georgia's secretary of state on Friday announced plans to replace election equipment in one county following "unauthorized access" to the equipment that happened two months after the 2020 election.

A computer forensics team hired by allies of then-President Donald Trump traveled to Coffee County, about 200 miles southeast of Atlanta, on Jan. 7, 2021. A company representative has said they made complete copies of the election management system server and other election system components. Later that month, two men who have been involved in efforts to discredit the 2020 election results also spent hours inside the elections office with access to the equipment.

Trump and his supporters pushed false claims about certain voting machines after he lost his bid for reelection. Authorities have said there was no evidence of widespread problems with voting equipment.

Secretary of State Brad Raffensperger said an investigation into the unauthorized access to the equipment by former Coffee County election officials continues. 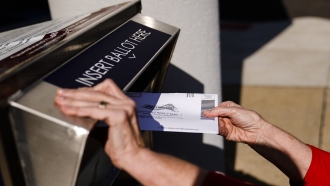 "Anyone who broke the law should be punished to its full extent," Raffensperger said in a news release. "But the current election officials in Coffee County have to move forward with the 2022 election, and they should be able to do so without this distraction."

Footage from security cameras shows "former election officials in Coffee County permitting access by unauthorized individuals to equipment that under Georgia law should have been secured," the release said. The footage was produced in response to subpoenas issued by plaintiffs in a long-running lawsuit against state election officials that claims the state's touchscreen voting machines aren't secure.

The county's election management server and central scanner workstation were previously replaced in June 2021, officials have said. The county will receive 100 new touchscreen voting machines, 100 printers, 10 precinct scanners, 21 tablets used to check in voters and new flash cards and thumb drives to be installed and tested before early voting begins next month. 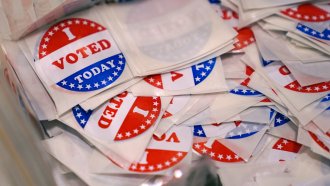 Marilyn Marks, executive director of the Coalition for Good Governance, a plaintiff in the voting machine lawsuit, said the election management server and central scanner workstation should also be replaced. She said that's because they were used with the other potentially contaminated equipment in elections since their replacement last year.

Separately, election officials in the state's most populous county, in and around Atlanta, said Friday that they had fired a worker after learning that "personally identifiable information was shared with an individual outside the organization," news outlets reported.

"The individual responsible for the incident no longer works with Fulton County," the county said in a news release. "Fulton County is committed to the safety and security of all citizens and employees. Each individual affected by this incident will be notified and will receive credit monitoring services."