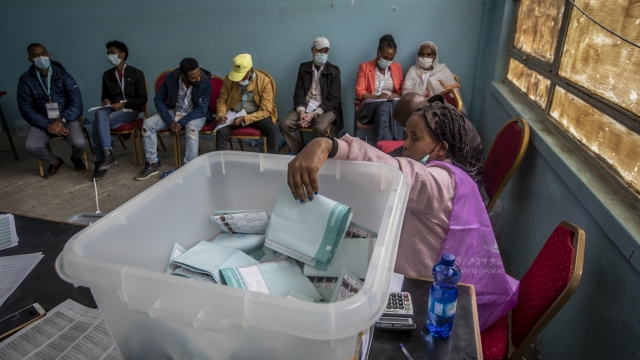 SMS
Voting Continues In Ethiopia's Election
By Robin Dich
By Robin Dich
June 22, 2021
Complete results are unlikely until the second round of voting in September.
SHOW TRANSCRIPT

In Ethiopia, voting continued late into the night as people choose the country's next government.

The vote is taking place during an ongoing conflict in the country's northern Tigray region and is a major test for the country's current prime minister.

Abiy Ahmed said it would be the country's first attempt at "free and fair elections." But critics say that's not the case noting polls are not open in many places because of the war or logistical issues.

A second round of voting will take place in September and the government likely won't form until then.