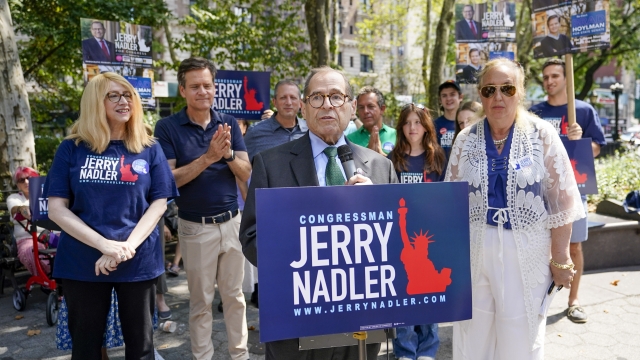 We are nearing the tail end of the primary season, but there are still a couple more exciting races on the calendar, including on Tuesday, when voters in New York and Florida go to the polls.

We'll start in New York, where some high-profile Democrats are squaring off thanks to redistricting.

Topping the list of interesting races is the primary battle between Jerry Nadler and Carolyn Maloney. Maloney chairs the House Oversight Committee; Nadler heads the House Judiciary Committee. These are two influential Democrats in the House; both have been in office for about 30 years, but neither wanted to budge and move districts, so instead they will square off. Surj Patel is the other candidate in this race and is running as a new voice he wants to bring to Congress.

Moving down to Florida, where the closest watched race is the Democratic primary for governor. Frontrunner Charlie Crist — a former governor who now serves in the House — is taking on Nikki Freed, the state's agriculture commissioner. The winner will take on Ron DeSantis in November.

And there won't be much drama in the Senate primary race, where congresswoman Val Demings is expected to advance to take on Republican Sen. Marco Rubio.

Democrats have not had a lot of electoral success in statewide races in Florida recently. But Demmings — a former impeachment manager — has been raising a lot of money, and some polls show a close race.