Voters Head To The Polls For State And Local Races 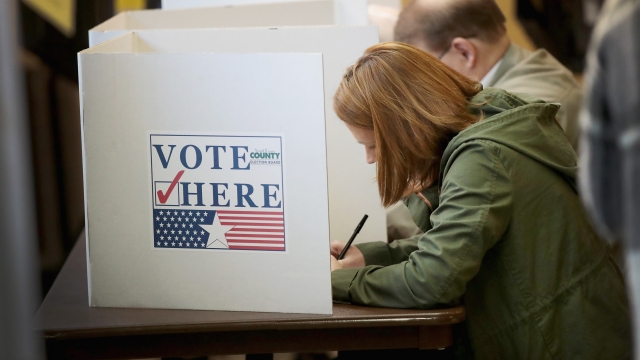 Voters in several states are heading to the polls Tuesday to cast their ballots on governors, state legislators and more.

In Kentucky, incumbent Republican Governor Matt Bevin is looking to hold off Attorney General Andy Beshear, a Democrat. This race looks to be very dependent upon how the state's teachers vote. Last year, Bevin angered the state's teachers with proposed cuts to their retirement benefits and then criticized them for walkouts. While Bevin has the backing of President Trump, Beshear looks to have the support of teachers with his plans to address the state’s pension problem.

Mississippi's Attorney General Jim Hood, a Democrat, is going head to head with Republican Lt. Governor Tate Reeves. Neither has lost a statewide election since 2003. Reeves has the backing of President Trump, but Hood has been shown to be capable of pulling support from across the aisle, due to his more conservative views on abortion and support of gun rights.

Earlier polling shows both gubernatorial races to be very tight.

Meanwhile in Virginia, Democrats are vying for a majority in the state capitol for the first time in nearly 25 years. In order to do so, Democrats need to flip one seat in the Senate and two seats in the House.

On a more local level, voters in San Francisco, Philadelphia and South Bend, Indiana will decide on their mayors. South Bend's Mayor Pete Buttigieg is not running for re-election due to his presidential bid.

Voters will also cast their ballots on major issues in some cities. In New York City, voters are being asked to decide on a new system of voting called ranked-choice voting to elect officials. The idea is that voters would get to rank their candidate choice by first, second, third, and so on. If one candidate has an outright majority of the first place rankings, then they win. But if no candidate has a majority in the first round, the candidate in last place is eliminated.