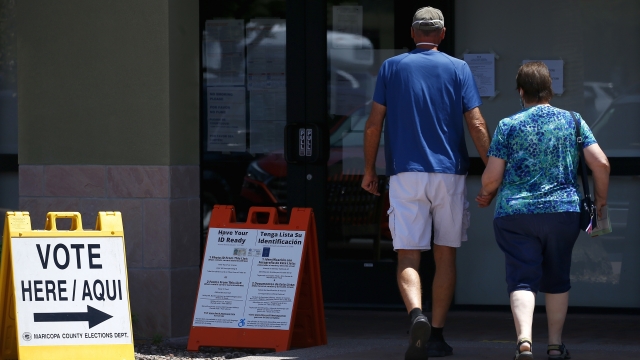 Despite an increase in people voting by mail, nearly all the federal primary contests on state ballots Tuesday were settled by Wednesday morning.

In Kansas, Republican voters picked Rep. Roger Marshall as their Senate candidate. Marshall beat out 10 other GOP candidates — including Kris Kobach, a firebrand conservative that some Republicans feared could put the reliably red Senate seat in jeopardy come November.

Also in Kansas, current state treasurer Jake LaTurner will be the Republican nominee for that state's 2nd district in the House of Representatives. He beat incumbent Rep. Steve Watkins, who's currently facing voter fraud charges.

Voters in the St. Louis area elected Cori Bush as their Democratic nominee for the House. She is a progressive, Black Lives Matter activist, and she beat longtime Rep. Lacy Clay, who's been in Congress since 2001.

And in Arizona, Republican Sen. Martha McSally will face Democrat Mark Kelly in the November general election. McSally was appointed to the Senate after John McCain's death, and she's considered one of the most at-risk Republican senators up for re-election.