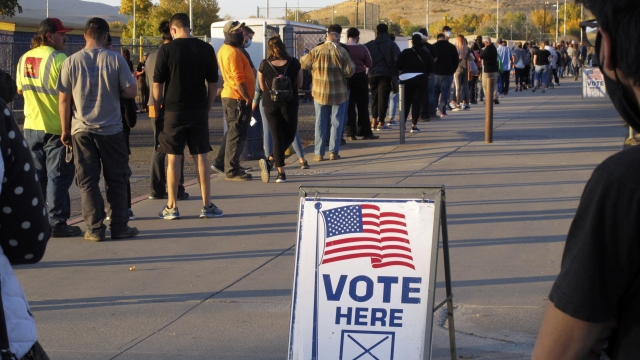 After a summer of economic turmoil, headline-grabbing hearings and a bombshell Supreme Court ruling, figuring out which issue will be most important to voters in November could tell us which party might control Congress in 2023.

"I'm really scared at the way we've been going," said a voter.

Polling shows the economy is the top issue on voters' minds right now, and by a large margin.

"That's about it, after COVID has been tough, so hoping the economy turns to take a turn for the better," said a voter.

Topics like women's rights and immigration are distantly behind the economy. But once you look at priorities by party, things start to change.

Republicans see two major issues as important, where Democrats are more split on their motivations. GOP voters are focused particularly on inflation and immigration, while Democrats have a much longer list including gun violence, abortion and inflation.

The political climate may be breaking in Democrats' favor after positive economic signs and legislative victories. Quinnipiac polling from late July shows a slight increase in voter desire for Democrats to keep control. 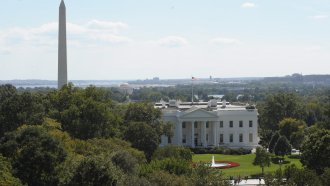 Why Do We Have The Electoral College?

"Election security. The ability of legislators to tinker with the machines afterwards, or to throw out electors. But that's a serious national issue, not just a local issue," said Calabrese.

But in the end, all politics is local. He's been a Wyomingite for nearly half a century and is concerned about the environment, public land use, state funding of schools and, of course, taxes.

"The tax structure in the state is challenging at best. My taxes — about 36% last year, 28% a year before that," said Calabrese.

If you zip down to Florida, you'll find pretty much the same.

"Focusing on spending more money in Florida, and not wasting money outside the country, and helping people with tax cuts, especially during these tough times," said a voter.

Florida voters are also concerned about the changes Americans are seeing to the education system.

"The school stuff is really freaking me out … that they're not allowed to read certain books. When you start taking books off the shelf, it's a scary thing. There's got to be another way for everyone to get comfortable," said a voter.

And with an unexpected twist, more than half of Americans say they're "more enthusiastic than usual" about voting, and you can expect candidates up and down the ballot to be pushing their "get out the vote" to ensure all their supporters get to the polls this November.