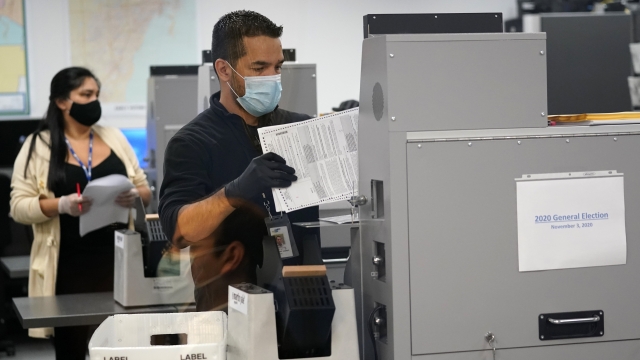 When do all the votes have to be counted?

"Each state has its own laws for locking down their vote count. Then there's a period for challenges and of course, we're expecting that the losing side will challenge super close results. They'll demand recounts," said David Hawkings, the editor in chief of The Fulcrum.

Any results Americans see on election night and in the days immediately following are preliminary. States take anywhere from a few days to a few weeks to finalize the election results.

"At least for the presidential contest, federal law lays out the schedule for the Electoral College and states will need to have their certified results before we consider the Safe Harbor deadline so that the slate of electors can be determined and sent to Congress," said Matthew Weil, the director of the Elections Project at the Bipartisan Policy Center.

For 2020, that Safe Harbor deadline is December 8. Any state that misses that deadline risks having the winner of its electoral votes determined by Congress.

The other key date to know is December 14. That's when all the state electors officially cast their votes for the next president of the United States. Congress will certify the results on January 6, 2021.