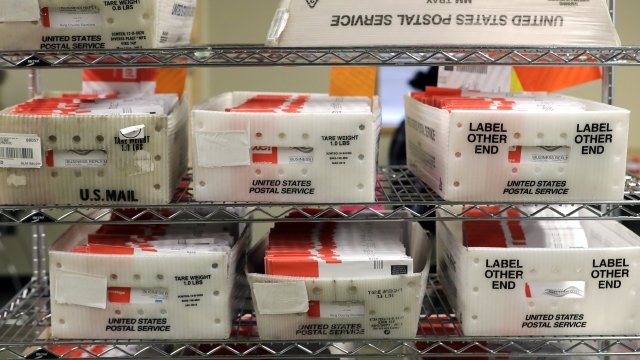 "In some states, they start determining voter eligibility for those absentee ballots as they've received those, as long as four weeks before election day," said Matthew Weil, the director of the Elections Project at the Bipartisan Policy Center.

Maryland is a state that normally can't start processing mail-in ballots till the day after the election. But because of the pandemic, officials were allowed to start processing those ballots on October 1. California also changed the rules for 2020. The state is automatically mailing ballots to all registered voters, and processing started 29 days before Nov. 3.

"Those states that have moved to no excuse vote by mail, or certainly all vote by mail, have tended to adopt procedures that allow for more speedy review and counting of absentee votes precisely to avoid excessive delay," said Edward Foley, director of the election law program at Ohio State University’s Moritz College of Law.

For 2020, there are a handful of states that can't process mail-in ballots till Election Day, and two of them, Pennsylvania and Wisconsin, are key battleground states.

"Some states don't start counting their vote by mailbox ballots until the day after the election. So that means we could be in for a long election count with a lot of vote by mail ballots in states that aren't used to them," said Lonna Atkeson, the director of the Center for the Study of Voting, Elections and Democracy at the University of New Mexico.