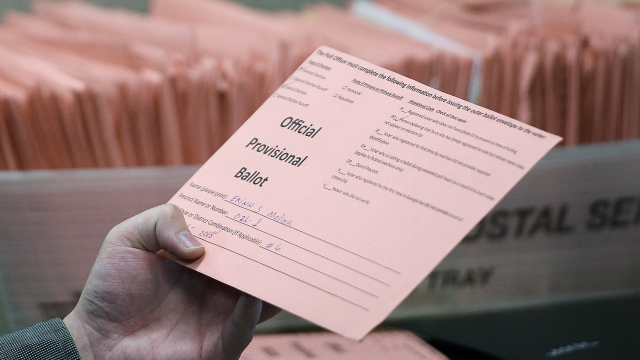 What is a provisional ballot?

"So a provisional ballot is a ballot for anyone who doesn't appear qualified at the moment. And then they are qualified or not after the election. And if they are qualified, then their vote is counted," said Lonna Atkeson, the director of the Center for the Study of Voting, Elections and Democracy at the University of New Mexico.

A variety of issues could prompt a voter to be handed a provisional ballot. Maybe they forgot their ID in a state where it is required, or their name isn't on the registration rolls.

"And you can ask, 'What do I need to do to get a regular ballot, to get my ballot counted now?' And that's a conversation you could have on Election Day with the election officials," said Bob Brandon, the president of the Fair Elections Center.

"We don't want voters walking away without without having an opportunity to cast their ballot. A provisional ballot will be kept aside. It'll be put into an envelope. And after election day, after the rush of voting at the polls, they will take some steps to verify eligibility," said Matthew Weil, the director of the Elections Project at the Bipartisan Policy Center.