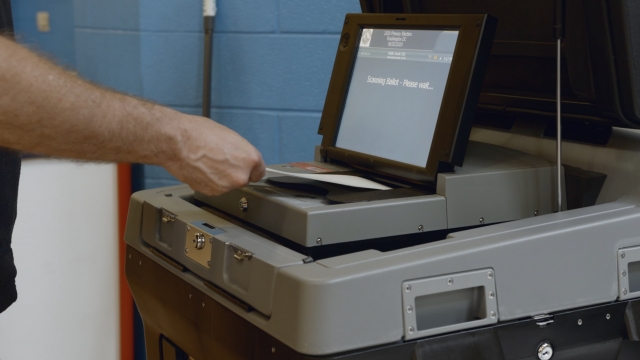 What happens if there's a dispute over what a ballot says?

"So, most votes are counted by machines. ... If someone, for example, voted twice on the same unit, voted for two people on the same office, then the machine would just reject their vote for that contest," said Lonna Atkeson, the director of the Center for the Study of Voting, Elections and Democracy at the University of New Mexico.

In recent years, states have increased the use of paper ballots as a way to ensure elections have a paper trail. That, in turn, has increased the number of questions over what a voter meant to do.

"Typically, you'll see bipartisan teams looking at these these disputed ballots. And then eventually, if the race remains too close to call, we can see these get litigated in court," said Matthew Weil, the director of the Elections Project at the Bipartisan Policy Center.

"If there is an election, you know, questions about who might win, elections always turn to uncounted ballots. And so that's where sort of all the legal activity would be focused on," said Atkeson.

"There are systems for that. It's just that elections aren't usually close enough for that to, I guess, for that to come to light," said Janine Parry, a professor of political science and Arkansas poll director at the University of Arkansas.