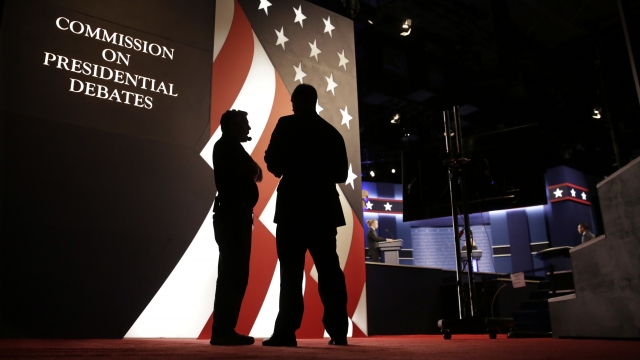 How much do presidential debates impact the election?

"They don't change a lot of minds, at least not on the debate night itself. Sometimes the interpretation of the debate or the spin afterwards will push voters in a particular direction," said Barry Burden, the director of the elections Research Center at the University of Wisconsin-Madison.

Decades ago, debate performances could make or break a candidate. But multiple experts told Newsy that's not as true today.

"Of course, we've all seen these candidates on TV, all of us as many times as we want it to this year. We know what they're gonna say. It's a bit of a stage show," said David Hawkings, the editor-in-chief of The Fulcrum.

Another factor lessening the impact of debates is the deep political divide in the U.S.

"Events aren't having as much of an effect. The economy isn't having as much of an effect as partisanship. (3:31) And we need to keep in mind too, it's not just love of your own party. It's in fact not that it's loathing of the other party," said Janine Parry, a professor of political science and Arkansas poll director at the University of Arkansas.

But that doesn't mean debates are a pointless campaign exercise.

"If that debate can get people excited or interested in a particular candidate, we often see a spike in campaign donations. And those donations are critical for buying airtime, or getting the message out to more people," said Khalilah Brown-Dean, Ph.D., an associate professor of political science and Senior Director for Inclusive Excellence at Quinnipiac University.