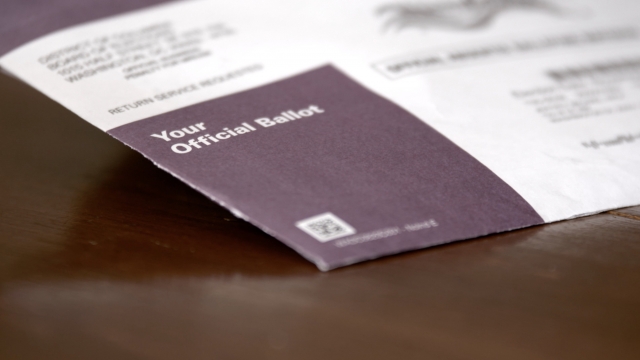 Does mail-in voting "favor" one party over the other?

Recent elections have shown that Democrats are comfortable voting by mail. But historically, voting by mail was largely done by older Americans, who tend to lean Republican.

"The red mirage would be that when all the in-person votes are counted in all these states, it might look like the Republicans are doing pretty well. Like President Trump is on his way to re-election. But hold your horses because if it's true that a vast majority, solid majority of Democrats are going to vote by mail, those votes are generally counted later,"  said David Hawkings, the editor in chief of The Fulcrum.

If Democratic voters do choose to vote largely by mail this year, that "red mirage" could turn into a "blue shift."

"I think if the public realizes that only 50% of the ballots have been counted, and that there's another 50% to go, that's a different dynamic than thinking, 'Oh, well, we're supposed to know the answer tonight,'" said Edward Foley, director of the election law program at Ohio State University’s Moritz College of Law.

Regardless of how people vote in 2020, the risks associated with the coronavirus pandemic are universal.

"The threats to your health and safety are very much nonpartisan in that regard. So voting only favors one party if that party is the only one encouraging people to vote," said Khalilah Brown-Dean, an associate professor of political science and Senior Director for Inclusive Excellence at Quinnipiac University.