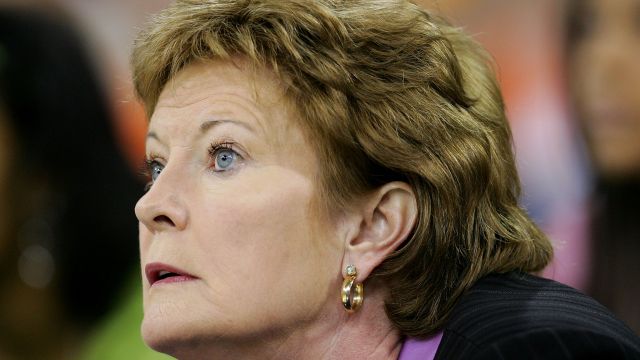 With 1,098 wins and eight national titles, Pat Summitt was a champion on and off the court.

"It's a game of possessions. It's also a game of wills. Let's see how tough we are," Pat Summitt told her players during a rousing halftime speech.

"Tough" doesn't do justice to the eight-time NCAA champ and the coach with the most NCAA wins in college basketball history.

Pat Summitt was a mentor to dozens of coaches and players.

"We just had this love for each other because of this one special lady," LSU women's head basketball coach Nikki Fargas said.

"There's no question, really one of the great coaches of any sport," Duke men's head basketball coach Mike Krzyzewski said.

As well as an inspiration to thousands of fans.

She was also a mother despite great trials and tribulations.

"Seven miscarriages, but we got Tyler," Pat Summitt said.

"All I have to do is call. Whenever you talk to her, you don't worry anymore," Tyler Summitt said.

But most importantly, Summitt was a champion on and off the court.

"I'm going to keep on keeping on. I can promise you that," she said during the 2012 ESPYs.

This video includes clips from the University of Tennessee, ABC and ESPN and images from Getty Images.