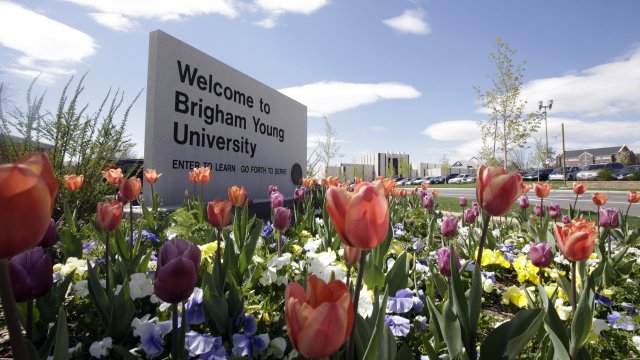 Outrage is spreading around Brigham Young University, after a fan at a volleyball game yelled racial slurs at Black players from the opposing team.

BYU's athletic director admonished fans this weekend after a player on Duke's womens' volleyball team reported someone from the stands calling her the n-word and saying staff on site were slow to respond.

"The slurs and comments grew into threats, which caused us to feel unsafe," Rachel Richardson wrote in a statement. "Both the officials and BYU coaching staff were made aware of the incident during the game but failed to take the necessary steps to stop the unacceptable behavior and create a safe environment."

Now that fan is banned from BYU's sports venues, and while the school says the person is not a student, they were in the student section.

"It just goes to show the environment at BYU, that someone felt comfortable enough to say that in public in a public space with 5,000 other people there," said Nate Byrde, spokesperson for The Black Menaces. "They felt they were justified in saying the n-word to someone on the floor."

"I know a lot of students personally who didn't make it through BYU," Byrde said. "They either came for a little while and left or just didn't want to be there anymore."

Over the weekend, Utah's governor said on Twitter, "As a society we have to do more to create an atmosphere where racist ******** like this never feel comfortable attacking others."

The school moved a subsequent game in the weekend tournament to an off-campus venue and closed it off to fans.

"I asked that everyone at all of our games that represent BYU, that you will have the courage to take a stand and be able to take care of each other and more importantly the guests, our guests who we invite to come and play here," said Tom Holmoe, BYU Athletic Director, on Twitter. "We are responsible. It's our mission to love one another and treat everybody with respect. And that didn't happen, we fell very short."