Volkswagen Will Pay Out Billions To Car Owners Over Emissions Scandal 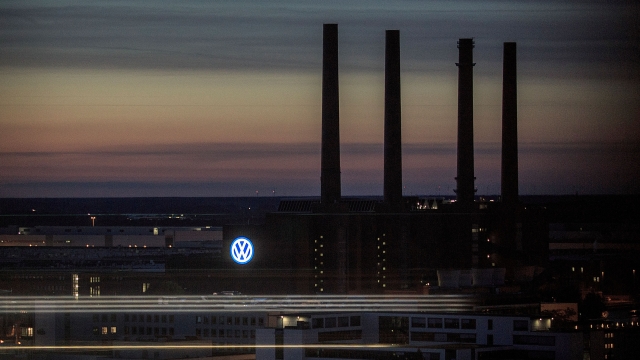 SMS
Volkswagen Will Pay Out Billions To Car Owners Over Emissions Scandal
By Leah Becerra
By Leah Becerra
June 28, 2016
The automaker reached an agreement in the U.S. settlement case Tuesday.
SHOW TRANSCRIPT

Volkswagen has reached a settlement with U.S. regulators and car owners, and the terms include up to $14.7 billion for its emissions cheating scandal.

The largest chunk of the payout, up to $10.03 billion, will go to to owners of the affected VW and Audi 2-liter diesel engine cars. Individuals will get somewhere from $5,100 to $10,000 depending on their car's model and year.

Plus, Volkswagen will let owners of the cars choose between waiting to get their rides fixed or just selling the car back to the company at pre-dieselgate trade-in prices.

The rest of the settlement money will go toward government carbon emissions programs and promoting zero-emission vehicle technology — something Volkswagen has already made part of its strategy going forward.

The Wall Street Journal said this settlement is the largest ever for an automaker, which is likely very frustrating for European owners of affected cars to hear — because they may still go empty-handed.

The terms of the settlement submitted Tuesday still need to be approved by a judge before they can be signed off on later this year.