Volkswagen To Pay $1.2 Billion Fine In Germany For Emissions Scandal 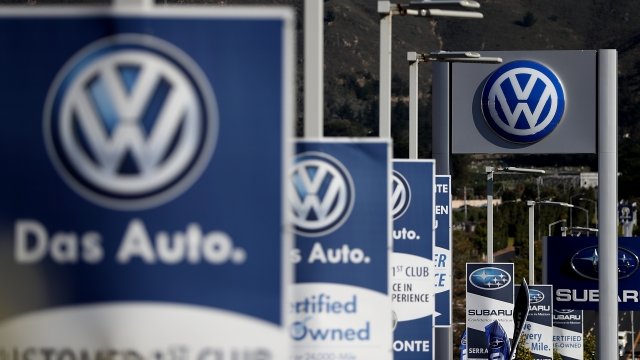 German prosecutors hit Volkswagen with a $1.2 billion (€1B) fine for the company's effort to trick emissions detectors.

The company says it doesn't plan to file an appeal; the company has admitted fault in the so-called "dieselgate" scandal. The ordeal cost the company more than $30 billion already – not to mention stock value and consumer confidence.

Volkswagen's former CEO was charged in relation to the scandal in early May.

The company equipped software in some vehicles to make them appear to give off a lower level of emissions. Nearly 11 million vehicles were fitted with the software.