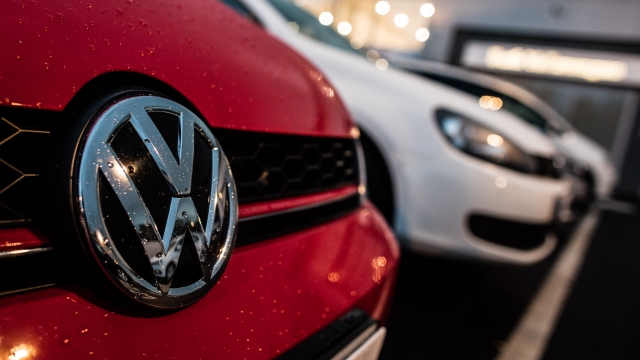 SMS
Volkswagen Agrees To Settlement Over Misleading Fuel Economy Claims
By Ahmed Jawadi
By Ahmed Jawadi
August 30, 2019
​The EPA says Volkswagen used software in some of its cars to make them seem more efficient than they actually were.
SHOW TRANSCRIPT

Volkswagen will pay nearly $100 million for overstating the fuel economy on roughly 98,000 of its vehicles.

The automaker announced Friday it has agreed to a $96.5 million settlement "to reimburse eligible customers" over the fuel economy ratings on a slew of 2013-2017 models sold or leased in the U.S.

The EPA said Friday that Volkswagen had used software in some of its cars —  including Audi, Bentley and Porsche models — "to manage vehicle transmissions in gasoline vehicles." The agency said the software caused "the transmission to shift gears ... in a manner that sometimes optimizes fuel economy and greenhouse gas emissions" during testing, "but not under normal driving conditions." As such, the EPA is lowering the fuel economy ratings on the affected vehicles.

The EPA said it discovered the issue while investigating another scandal involving the automaker using software to make its diesel cars appear to run cleaner than they actually did. That scandal has cost Volkswagen more than $30 billion in fines, recalls and settlements so far.

The EPA also said Friday it will require Volkswagen to forfeit greenhouse gas emissions credits "to account for underreporting emissions."