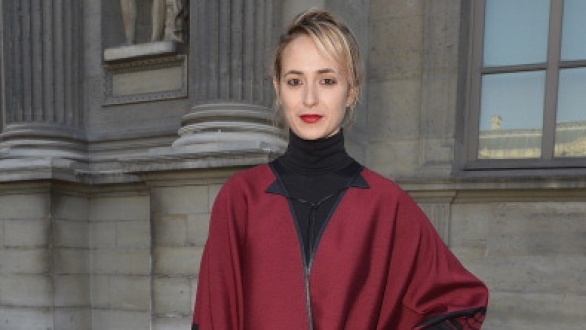 Vogue's style editor-at-large has been getting flak for a controversial photo of a homeless person she posted to her Instagram account.

"So this post sparked a huge debate in the comments sections. Some people calling the editor out-of-touch, saying the picture is downright cruel," said an HLN anchor.

Fashionista first reported the picture, calling it "tasteless." According to the report, the photo's caption reads, "Paris is full of surprises... and @voguemagazine readers even in unexpected corners!"

Some agreed, saying it wasn't appropriate.

"I'm not going to say, 'Oh, this is really fun; let me take a picture of a person who is homeless.'"

"Yeah, unless they consent to you taking the picture. Clearly that person has no idea that she's taking a picture."

Others said it wasn't a big deal.

"Does that bother you?"

"No, it doesn't really. It takes a lot more than that to offend me."

Some outlets are noting the Vogue editor-at-large is a member of German royalty and is wealthy.

The BBC had its own dig, running the headline, "The Princess and the homeless Vogue reader."

The outlet went on to say, "She's also of royal lineage, isn't short of a bit of cash, and shares snaps of her predictably jet-setting lifestyle with nearly 15,000 followers on Instagram."

What do you think: tasteless or not a big deal? Tweet @NewsyVideos and let us know your thoughts.