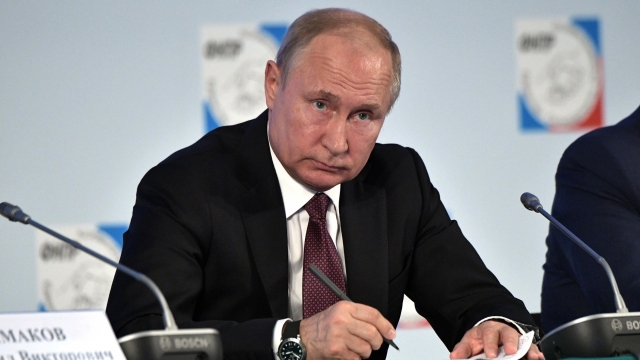 The Intermediate-Range Nuclear Forces Treaty banned both countries from having ground-based missiles with ranges between about 300 and 3,400 miles.

Russian President Vladimir Putin signed a bill Wednesday that formally suspends his country's participation in a nuclear treaty with the U.S.

The new law ends Russia's cooperation with the 1987 Intermediate-Range Nuclear Forces Treaty, which banned both countries from having ground-based missiles with a range between about 300 and 3,400 miles.

The move isn't a surprise. The American government has been accusing Russia of violating the treaty since 2014. And the deal really started falling apart in February when the U.S. announced its own plans to leave.

In that announcement, Secretary of State Mike Pompeo gave Russia six months to come back into compliance with the agreement. But Russia denies accusations that it's violating the treaty in the first place.

President Donald Trump has mentioned striking a new nuclear agreement with Russia, and possibly expanding it to include China. But it's unclear when, or if, that would happen.