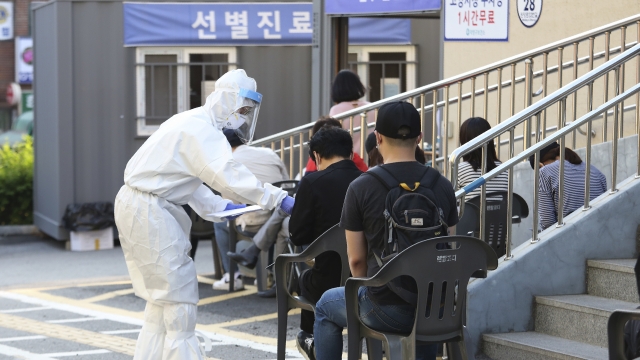 SMS
Virus Spike Leads Some South Korean Schools, Businesses To Close Again
By Bailey Vogt
By Bailey Vogt
May 29, 2020
The government shut down parts of the Seoul metro area, where nearly half of the country's 52 million people live.
SHOW TRANSCRIPT

South Korea shut down some schools and businesses again as coronavirus resurged in its capitol.

On Friday, the government shut down parts of the Seoul metropolitan area, where nearly half of its 52 million people live. More than 500 schools as well as parks, theatres and museums were ordered to close.

Schools had reopened Wednesday as part of a plan to ease virus restrictions. However, 79 new COVID-19 cases were recorded the next day, many linked to a distribution center that wasn't heavily enforcing virus prevention measures, according to the BBC.

South Korea, which has been lauded for its efforts to combat the virus without a full lockdown, ordered the affected schools and businesses to remain closed for two weeks.