Newly Discovered 'Virus Clusters' May Be Why Norovirus Is So Severe 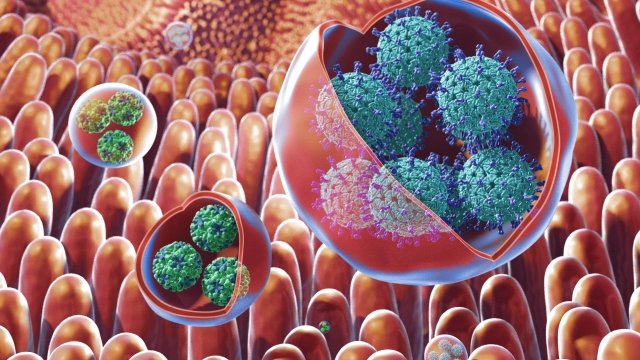 SMS
Newly Discovered 'Virus Clusters' May Be Why Norovirus Is So Severe
By Lindsey Theis
By Lindsey Theis
August 8, 2018
New research shows bugs like norovirus can transmit themselves in virus clusters to sneak around the immune system.
SHOW TRANSCRIPT

New research shows some viral bugs might be as bad as they are because of how they get around.

Scientists from the National Institutes of Health studied norovirus and rotavirus, two of the most common stomach and gastrointestinal bugs.

Until a few years ago, most scientists believed these viruses moved from cell to cell on their own. But in 2015, scientists discovered polio viruses could transmit themselves in virus clusters, or groups of multiple virus particles wrapped up in a membrane. It turns out these stomach bugs can get around the same way. 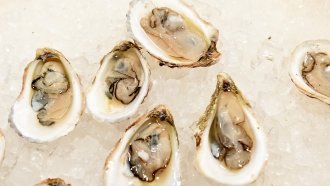 It's like a viral Trojan horse. When that virus cluster arrives in the body, the immune system can't recognize it the way it does an individual virus. The viruses can avoid antibodies and more of them can get through into the host cell, making them highly infectious.

And they lead to headlines about whole cruise ships coming down with a stomach bug like norovirus. As recently as this summer, beaches in Washington and Maine closed because dozens of visitors came down with norovirus.

Researchers hope the discovery could help fight many types of viral infections, not just gastrointestinal illnesses. It could give doctors new clues for treating viruses that cause heart inflammation, respiratory illnesses and the common cold.