Need A Lesson In Empathy? Strap On A VR Headset. 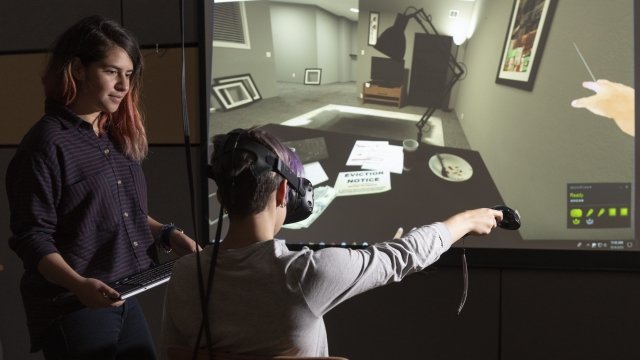 SMS
Need A Lesson In Empathy? Strap On A VR Headset.

By Lindsey Theis
October 17, 2018
We tend to empathize most with those who look or act like us, but new research shows virtual reality may improve empathy and action.
SHOW TRANSCRIPT

You've probably heard the line about "putting yourself in someone else's shoes." This can be harder than it sounds, since research shows we tend to empathize most with those who look or act like us. But new research shows virtual reality may help bridge this gap.

In this latest study, Developers at Stanford University conducted two two-month-long studies with more than 560 participants who were presented a story about becoming homeless. Participants either wore VR glasses to be the central figure in the story, watched a 2-d video of the VR simulation, or read a written narrative of the video.

Researchers found participants who went through the immersive VR experience thought more positively about the homeless than those who saw the 2-d video or read the story. They were also more willing to sign a petition to support the homeless. 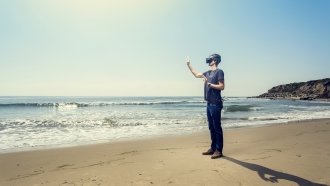 While VR immersion can be effective, experts think we’re still a few years out from widespread use because most headsets are costly and require additional computers to run. But the industry is rapidly growing. One market study predicts the US VR market alone will hit nearly $550 billion by 2024.

And the big VR companies are already making experiences that take advantage of the medium's unique benefits. HTC has committed $10 million dollars to developers for its VR for Impact branch. Oculus has its similar VR for good.