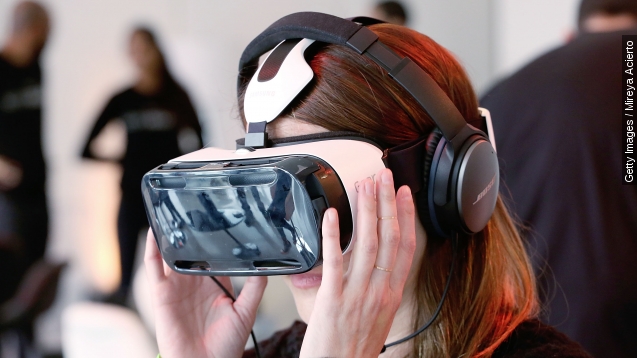 While Thursday's Oculus Connect keynote was aimed at software and hardware developers, there was plenty of news to keep the rest of us excited, too.

First up: Samsung's Gear VR is getting an update. The refreshed headset will cost $99 and take advantage of all of Samsung's 2015 Galaxy smartphones (that's the S6 variants, and the Note 5). (Video via Samsung)

Oculus is building in Netflix and Twitch streaming, and other providers including Hulu will join the party soon.

Netflix won't be streaming actual VR content, but a VR medium in which to consume everything it has on offer. If your own living room is boring, in other words, Netflix will render you one. (Video via Netflix)

The Rift, meanwhile, finally has part of a price tag: at least $300, according to Oculus' Nate Mitchell. And it will ship with a Microsoft controller. Its much-touted motion controls aren't expected to be ready at the same time the headset is. (Video via TechCrunch, Oculus VR)

That said, there should be plenty of new games to keep you busy, plus some old ones. Oculus announced Minecraft will be getting official support. (Video via Oculus VR, Mojang)

Very exciting, but remember, you'll need a significant computer to run all of it properly.

To that end, Oculus will roll out the Rift-ready PC program, which will offer prebuilt computers designed to handle the rigors of VR. Prices will not exceed $1,000, for what that's worth.

And we're still waiting on a Rift release date. "Sometime in Q1 2016" is the best we can do right now. The new Gear VR will go on sale this November.