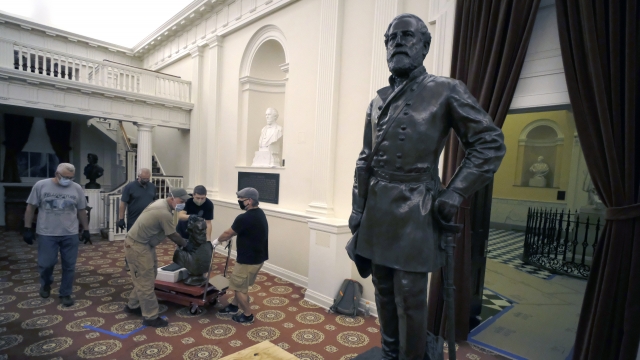 The Virginia State Capitol building, designed by Thomas Jefferson, was used as the Confederacy's Capitol during the Civil War.

The monuments were loaded onto a truck and taken to an unknown location on the order of Virginia House Speaker Eileen Filler-Corn. In a statement, she said: "Virginia has a story to tell that extends far beyond glorifying the Confederacy and its participants. Now is the time to provide context to our Capitol to truly tell the commonwealth’s whole history."

These are the latest Confederate symbols to be removed since the death of George Floyd under Minneapolis police custody. Virginia's capital has already removed many Confederate monuments on Richmond's historic Monument Avenue.