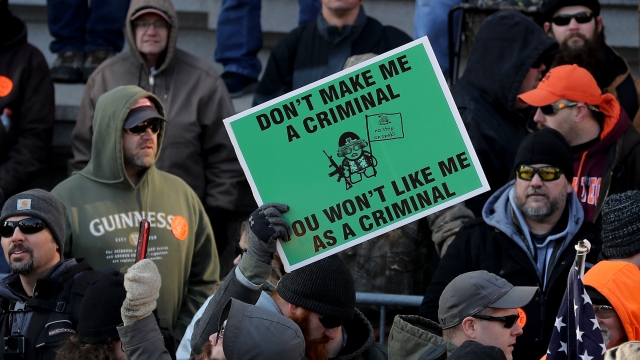 "For too many years this body has put the convenience of gun owners above all else, and that has led to tragic consequences time and time again," Virginia Del. Patrick Hope said.

The bills include one that would require universal background checks for both gun sales and private transfers. Another would establish "red flag" measures.

Gun legislation has been hotly debated in Virginia this year. In mid-January, 22,000 gun owners gathered at the state's Capitol to protest the legislature's proposed bills.

The state's Senate is also controlled by Democrats, but it's more conservative-leaning. It's passed versions of five of those bills, so those are likely to head to Gov. Ralph Northam's desk. It's unclear whether the remaining two will pass the Senate.

Northam has been pushing for tougher gun laws, including a ban on assault weapons, which is not included in the bills passed by the House.