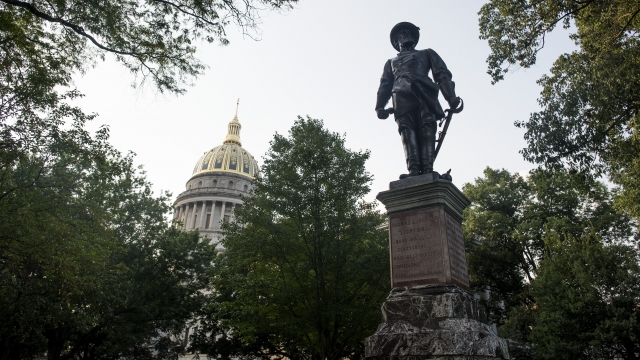 The state of Virginia will be celebrating a new holiday this year and saying goodbye to another.

The Virginia House of Delegates has passed a motion to end a state holiday that celebrated Confederate generals. Called Lee-Jackson Day, it commemorated Gens. Robert E. Lee and Stonewall Jackson and was celebrated on the Friday before Martin Luther King Jr. Day.

The holiday taking its place will be Election Day, which is already recognized in some other states. It takes place, of course, on the first Tuesday of November.

Many argue that celebrating Confederate history also celebrates the racist ideologies of the Civil War era, and Virginia's long been criticized for its recognition of its Confederate history. One controversy has been the existence of Confederate statues. In 2017, a protest to keep one of these statues turned deadly when a white supremacist hit counterprotesters with his car, killing one of them.

A Virginia judge ruled that the statues are protected by state law because they're war memorials. As for the state holiday, politicians like Gov. Ralph Northam said the Confederate holiday was outdated.

Virginia Delegate Joe Lindsey said in a statement, "Making election day a holiday serves a much more honorable purpose in this day and age than celebrating the ghosts of Virginia's Confederate past."