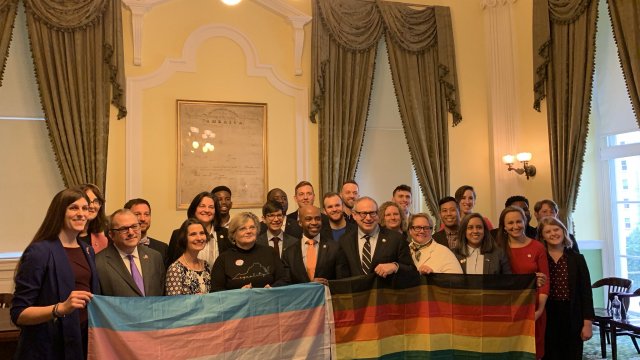 "We must acknowledge the work that remains in protecting all Virginians from discrimination based on gender identity or sexual orientation," Gov. Ralph Northam said.

Virginia lawmakers have put in the work, as both the Senate and House advanced protections for the LGBTQ community with bipartisan votes.

The legislation also creates a path for the attorney general or those who say they've been discriminated against to take action against those violating what would be the new law.

Any votes against the measure came from GOP lawmakers.

"These policies are being used to punish anyone who doesn't agree with the ideology of the day and to coerce good people to speak and act upon the ideology that they fundamentally disagree with," LaRock said.

Each chamber needs to vote on the other's version of the act before it heads to Gov. Ralph Northam's desk. Northam is expected to sign it. He tweeted that he was "proud to support the community."

The passing of the measure would make Virginia the first Southern state to pass LGBTQ protections.