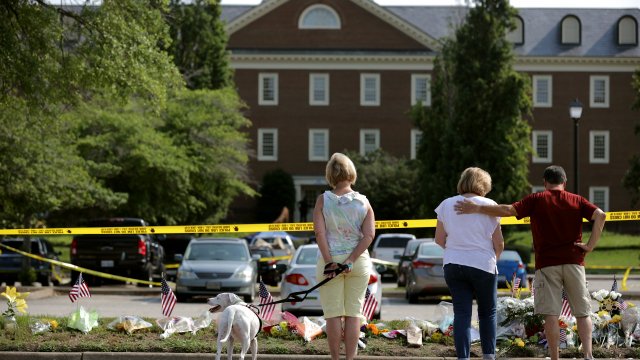 "We must do more than give our thoughts and prayers. We must give Virginians the action they deserve," Gov. Ralph Northam said.

Virginia's governor has ordered a special legislative session on gun control in the wake of the mass shooting in Virginia Beach last week.

During a press conference Tuesday, Gov. Ralph Northam said he will summon members of the Senate and House of Delegates to meet in special session "for the purpose of passing common sense public safety laws." Those public safety laws would include universal background checks, a ban on assault weapons and other restrictions.

Northam said he's asked lawmakers for tighter gun restrictions in the past, but they've turned down his requests.

"This weekend's tragedy, as well as the tragedies that happen every day across Virginia, must instill in us a new level of urgency to act. If we can save one life because we acted now, it is worth it," Northam said.

Twelve people were killed and four others were injured when a gunman opened fire at the Virginia Beach Municipal Center Friday. The gunman died after a shootout with police.