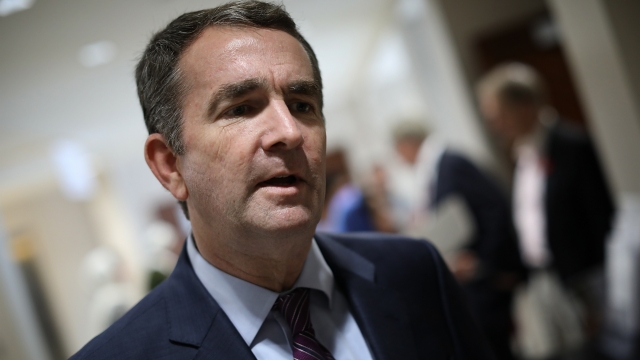 A week after a controversial photo led to calls for his resignation, Virginia Gov. Ralph Northam has spoken up in his first interview since the incident about how he wants to move forward with the rest of his term.

But before we get into that, here's some quick background: In early February, Northam walked back an initial confirmation that he was one of two people in a photo from his 1984 medical school yearbook. The picture shows a person who appears to be in blackface standing next to a person in a Ku Klux Klan costume.

Other than an initial press conference where he resisted calls to resign, Northam has laid low, literally – he reportedly used underground tunnels to travel between his residence and his office.

In an interview published on Saturday, Northam told The Washington Post he has spent the last week having "painful" conversations with black lawmakers and learning about "white privilege."

Going forward, Northam says he plans to spend the rest of his term "addressing issues of inequality" for black Virginians, and that he believes the photo surfaced this year for a reason: 2019 is the 400th anniversary of Africans arriving to Virginia.