Virginia Gov. Backs Out Of Event After Students Ask Him Not To Go 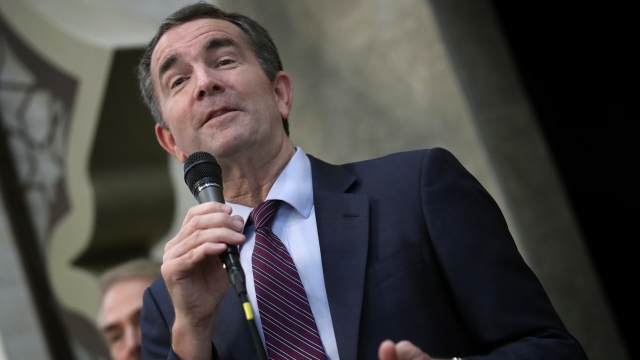 SMS
Virginia Gov. Backs Out Of Event After Students Ask Him Not To Go
By LeeAnne Lowry
By LeeAnne Lowry
February 21, 2019
Gov. Ralph Northam chose not to attend a service honoring civil rights activists after student leaders said his attendance would overshadow the event.
SHOW TRANSCRIPT

Virginia Gov. Ralph Northam backed out of an event honoring civil rights activists after student leaders asked him not to attend.

The service — hosted at the historically black Virginia Union University — was in honor of students from the school who protested segregation in 1960. Thirty-four students were arrested for protesting in a department store, earning them the name "The Richmond 34." On Monday, student leaders told Northam his presence might overshadow the tribute.

The tribute was a stop on Northam's so-called "reconciliation tour." The tour is meant to make amends after he admitted he wore blackface at a party in college. Virginia's attorney general is also under fire for doing the same thing.

Northam responded in a statement Wednesday that he appreciates the initial invitation but will "abide by the students' wishes." He also accepted an invitation for future dialogue with the students.

Since he did not attend the service, Gov. Northam said he will honor the Richmond 34 by hosting them at the executive mansion on Friday.