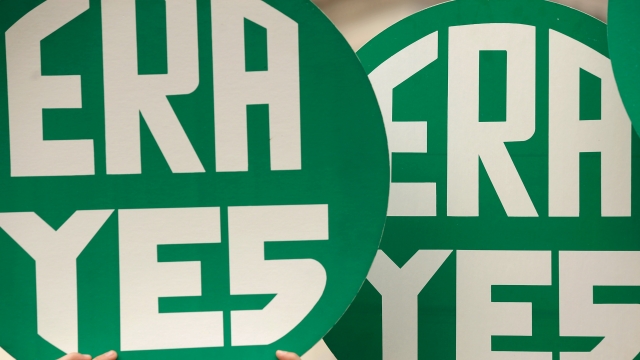 Virginia's General Assembly has approved resolutions to ratify the Equal Rights Amendment, which would ban discrimination based on sex and guarantee women equality at the constitutional level.

On Wednesday, the ERA first passed the state's House of Delegates in a 59-41 vote before the state Senate approved a companion resolution 28-12. The resolutions still need to be formally approved by each chamber before the measure can take effect. If that happens, Virginia will become the 38th state to ratify the ERA.

Democratic Delegate Jennifer Carroll Foy, the chief sponsor of the House resolution, said in a tweet: "Thank you to the generations of dedicated, tireless advocates who made today's victory possible. ... Today is your victory."

Congress initially passed the ERA in 1972 and gave the states seven years to ratify it. That deadline was later extended to 1982, but even then, only 35 states had ratified the amendment; 38 would have to pass it in order for it to amend the U.S. Constitution. The Justice Department released an opinion earlier this month concluding that even if Virginia ratified the amendment, it's too late for it to be adopted nationally without restarting the process in Congress. But according to The New York Times, the matter may still have to be hashed out in the courts.

According to CNN, officials in Virginia said the Senate could vote on the House measure as soon as Monday.