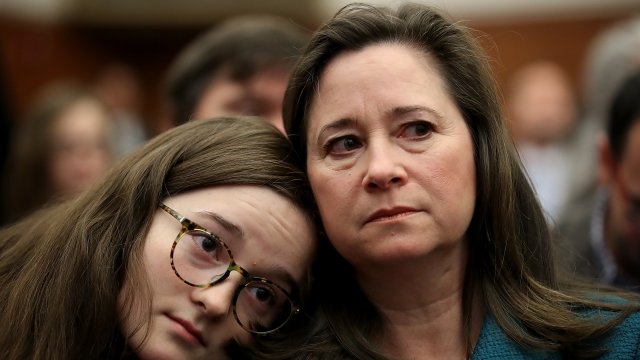 SMS
Virginia Democrat Concedes Election Decided By Random Drawing
By Jake Jones
By Jake Jones
January 10, 2018
The winner was decided by drawing a name out of a bowl after a recount declared a tie.
SHOW TRANSCRIPT

Virginia Democrat Shelly Simonds conceded the election for the state's House of Delegates on Wednesday after losing a tie-breaking lot.

Republican incumbent David Yancey was announced the winner last week when his name was literally drawn out of a bowl.

That puts the chamber in a narrow 51-49 split, with Republicans maintaining the majority.

Simonds said on Twitter she conceded "with great disappointment" and would push for Yancey to support Medicaid expansion.