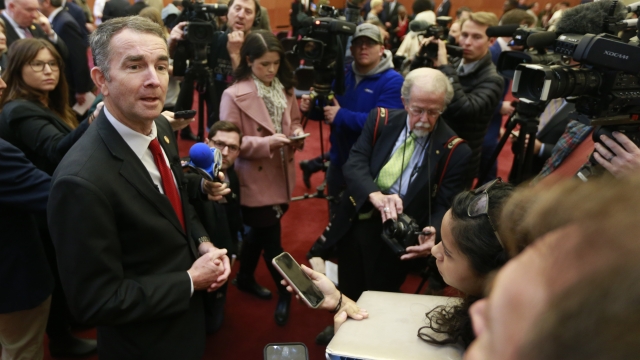 SMS
Virginia Bans Conversion Therapy For LGBTQ Minors
By LeeAnne Lowry
By LeeAnne Lowry
March 4, 2020
The ban for minors had been blocked by Republican-controlled chambers, but Virginia Democrats took control of both the House and Senate this year.
SHOW TRANSCRIPT

Virginia has banned licensed professionals from performing conversion therapy on LGBTQ minors. It's the first southern state to do so.

Conversion therapy aims to change a person's sexual orientation or gender identity, and has been linked to depression and suicidal thoughts.

House Bill 386 passed the Virginia General Assembly earlier this year. Gov. Ralph Northam, who is a pediatric neurologist, signed it Monday. Virginia is the 20th state to ban conversion therapy.

Northam said in a statement, "No one should be made to feel they are not okay the way they are — especially not a child."

Conversion therapy bans had previously been blocked in Virginia by Republican-majority chambers. The bill's fate changed this year when Democrats took over the state's House and Senate. It's the first time Virginia Democrats have held a majority in both chambers since 1996.

The law will take effect July 1. It will not impact adults who want conversion therapy for themselves.