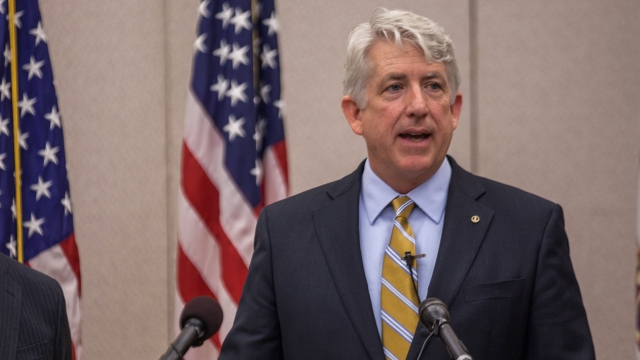 In a statement, Herring said that in 1980, when he was 19, he and some friends decided to go to a party dressed as some of their favorite rappers.

Herring said: "It sounds ridiculous even now writing it. But because of our ignorance and glib attitudes — and because we did not have an appreciation for the experiences and perspectives of others — we dressed up and put on wigs and brown makeup."

Herring apologized for the pain his conduct has caused and accepted full responsibility.

His revelation comes as other state leaders are facing a number of controversies.

Virginia Gov. Ralph Northam is facing widespread calls to resign over a photo from his medical school yearbook showing a person who appears to be in blackface next to a person in a Ku Klux Klan costume. The photo is on a page devoted to Northam.

If Northam did step down, Lt. Gov. Justin Fairfax would take over as governor. But Fairfax is facing allegations of sexual assault. On Wednesday, he issued a statement denying he did anything wrong.