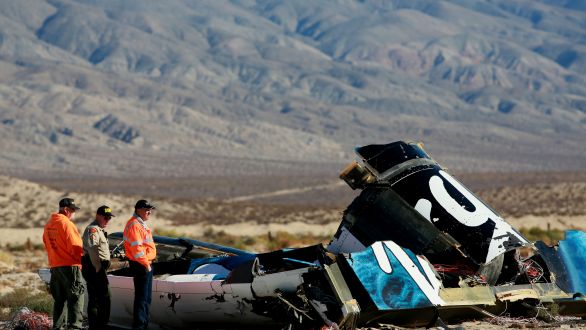 New details have emerged about the Virgin Galactic Spaceship that broke apart mid-air over the Mohave Desert last month.

Federal investigators say Peter Siebold, the pilot who survived the fatal accident, was unaware his co-pilot prematurely unlocked the braking system — or "feathering" system — even though flight protocol requires the co-pilot to announce that step.

An official for the National Transportation Safety Board also says, "[Siebold] stated that he was extracted from the vehicle as a result of the break-up sequence and unbuckled from his seat at some point before the parachute deployed automatically."

As NBC points out, this seems to make Siebold's survival even more remarkable, seeing as the spacecraft was about 9 miles high and had been zipping through the sky at around 760 mph before the plane broke apart. (Video via Virgin Galactic)

NBC: "The spaceplane actually broke up around the pilots thrusting them at the speed of sound into an atmosphere with almost no oxygen. ... The pilots had no oxygen of their own outside the aircraft."

Despite the setbacks, Virgin Galactic founder Richard Branson says he still plans to continue his goal of making space tourism a reality. (Video via KABC)

RICHARD BRANSON: "We're going to learn from what went wrong, discover how we can improve safety and performance and then move forwards together."

As far as the investigation goes, officials say they've finished collecting materials at the crash site itself. The full investigation into the accident could take up to a year or more to complete.