Virgin America Named Best Airline, Which Is Good News For Another One 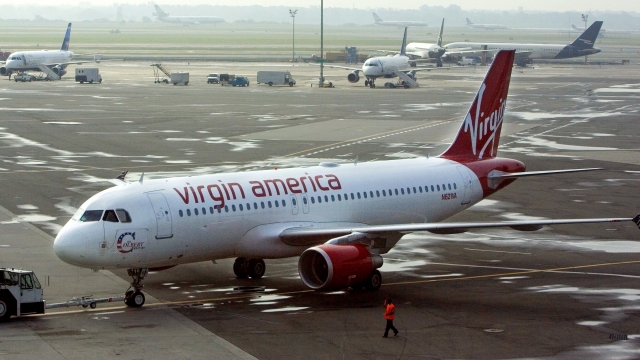 For the fourth year in a row, Virgin America has been named the nation's best airline by the annual Airline Quality Rating.

The AQR is put together by members of Wichita State University and Embry-Riddle Aeronautical University. The project ranks airlines based on flights landing on time, denied boardings, baggage handling and customer complaints.

The airline industry as a whole improved in three of these areas. However, customer complaints hit a 15-year high in 2015.

Virgin America kept its top spot in the rankings, which is actually good news for Alaska Air Group. The two companies announced Monday that Alaska Air would purchase Virgin America for $2.6 billion.

It's an even better acquisition since Alaska Airlines' own performance on the AQR has gotten worse.

Analysts originally thought JetBlue would be the one to buy Virgin America. JetBlue finished second in the recent Airline Quality Rating.