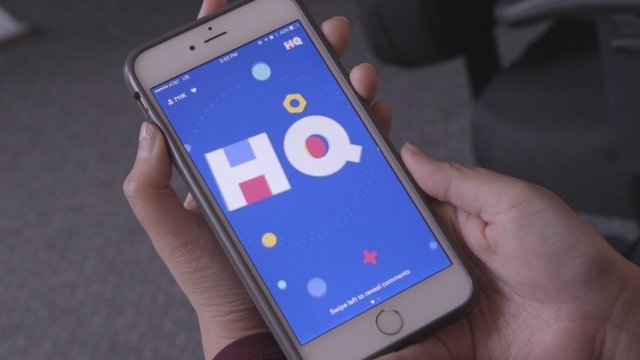 SMS
Can You Actually Win $20,000 From The 'HQ Trivia' Game Show App?
By Casey Mendoza
By Casey Mendoza
February 5, 2018
It's unclear who directly funds "HQ Trivia" prize pots, but the company is getting serious venture capital support.
SHOW TRANSCRIPT

If you watched the Super Bowl, you might've caught a glimpse of a woman screaming uncontrollably. She had just won $11.30 thanks to "HQ Trivia," a game show that isn't on your TV, but on your phone.

Created by Vine founders Colin Kroll and Rus Yusupov, the app, which broadcasts a live game twice a day, takes on a classic trivia show format: correctly answer all the questions in the game and walk away with some cash. How much depends on the day, but the prize pot can range from $2,000 to $20,000.

The catch? You're playing against more than half a million other people all around the country. Even if you win, chances are you'll have to split the prize. 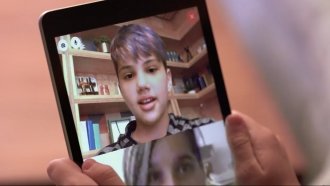 Experts Want Facebook To End Its Messaging App For Kids

So where does that money come from? It's not really clear. The company has been pretty hush-hush about "HQ's" actual business model and earnings, though its parent company, Intermedia Labs, is estimated to make nearly $195,000 in annual revenues.

Yusupov, who is also the co-founder and CEO of Intermedia Labs, told Variety back in November that "HQ" doesn't have any sponsors or ads. At least for right now, the app isn't focused on monetization, but it is getting some serious backing from venture capital firms and other companies.

For starters, that Super Bowl ad we talked about earlier was a freebie from NBC, and it ran directly before and after the game.

Seeking a valuation as high as $100 million, "HQ" is reportedly now raising $15 million in a new round of financing. That funding is led by Founders Fund partner Cyan Banister, though the investment is seeing major scrutiny because of the firm's connection to billionaire Peter Thiel.

Beyond Thiel, "HQ" is also getting some scrutiny over Kroll's rumored management style. At both Twitter and Vine, former co-workers described him as abrasive, abusive and "creepy" toward women. Multiple sources told ReCode at least three prominent investors decided not to fund "HQ" after investigating the conduct of its founders.