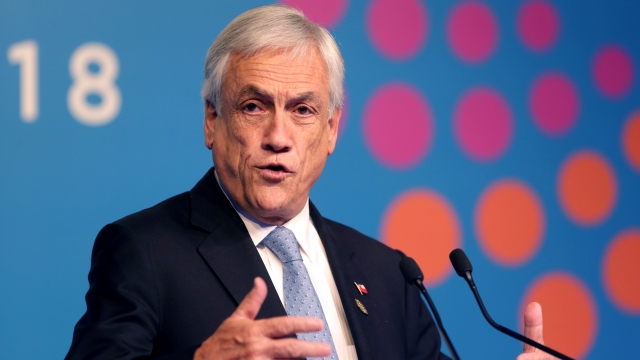 Three people are dead amid violent protests in Santiago, Chile over a hike in transportation fare. This comes one day after the president declared a state of emergency for the capital city.

The three people died in a supermarket fire after it was looted. Two of them died at the scene and one died at a hospital. These violent acts are just some of what Santiago has seen over the last week.

Last Monday, students began protesting against another hike in public transportation fare. Earlier this month, the Chilean government raised prices from around $1 to $1.17 for a peak Metro ride. Protesters have looted stores, set buses on fire and threw debris onto electrical wires on train tracks. By Friday, all 136 metro stations had been closed due to "serious destruction." People are stranded at Chile's airports because employees can't make it to work.

The government said it was necessary to raise transportation prices because of Chile's "currency exchange fluctuations." In a press conference, Chilean President Sebastian Piñera said with the state of emergency, he wanted to "ensure public order and the safety of public and private property."

On Saturday, President Piñera announced the government would suspend the plan for the fare hike. In a tweet, he said, "I have listened humbly to the voice of the people and I will not be afraid to continue doing so, because that is how democracies are built. I have decided to suspend the rise of the subway, which will require the rapid approval of a law, until we agree on a system that better protects our compatriots."