Viola Davis Reveals Why She Still Feels Like A Loser 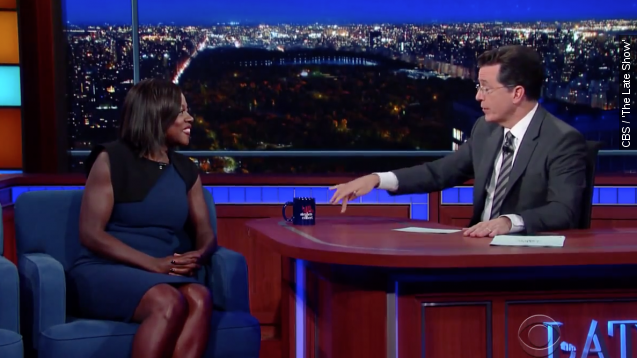 SMS
Viola Davis Reveals Why She Still Feels Like A Loser
By Ben Lawson
By Ben Lawson
November 12, 2015
Even when you're as successful as Viola Davis, some losses stick with you. The actress lost a pageant when she was 6, and it still haunts her.
SHOW TRANSCRIPT

Apparently, even when you're as successful as Viola Davis, some losses stick with you.

"I lost the Miss Central Falls Recreation Contest back in Rhode Island. So I'm always the loser," Viola Davis confessed to Stephen Colbert on "The Late Show."

Yup, on "The Late Show," Viola revealed she lost a pageant when she was just 6 years old, and it's haunted her ever since.

Even after two Oscar nominations, two Tony awards and the honor of becoming the first African-American to win an Emmy for Outstanding Lead Actress in a Drama, she just can't seem to let go of that one loss.

At least her daughter isn't letting that one failure overshadow the rest of her accomplishments. Check out her Halloween costume.

"She decided to go as you," said Stephen Colbert.

"Every time we knocked on a door, someone would say, 'What are you?' And she would say, 'I'm Viola Davis, the Emmy winner,'" Viola said.

You can see why Viola won those awards for yourself on her hit ABC show, "How To Get Away With Murder."