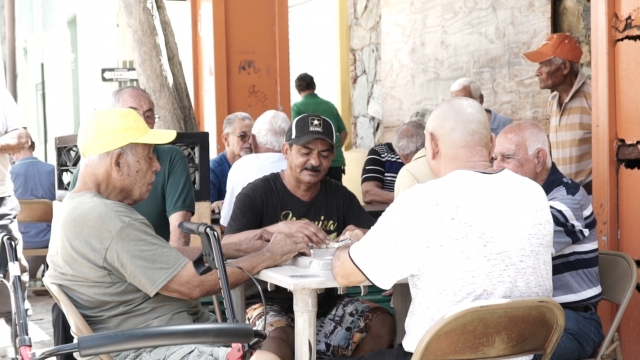 SMS
Views From Puerto Rico As People Waited For The Governor To Resign
By Newsy Staff
By Newsy Staff
July 24, 2019
These interviews from Mayagüez, Puerto Rico, captured the tense atmosphere just before the governor announced his resignation.
SHOW TRANSCRIPT

Puerto Rico Gov. Ricardo Rosselló has acceded to demands for his resignation. These interviews capture the anxious hours just before that announcement, as Puerto Ricans checked for news updates and wondered whether the governor would, in fact, step down.

"Truthfully, I feel bad as the Puerto Rican that I am because Rosselló made a big mistake. He should leave because if he doesn't, there will be big problems. People can even die. Lots of things happened, even with the aid [after Hurricane Maria] that was sent and disappeared and was never sent to Puerto Ricans."

"We're tired of the abuse, of so much corruption, so many lies. This has helped unite our people, and we realize that for the next elections, we have to be more involved. We came from San Juan to run some errands here in Mayagüez, and since we're here, I got this drink at this business. I wanted the glass — this is what is happening now in Puerto Rico. We are all very anxious with what's happening. We have lots of things to work on and to resolve. I think that with Rosselló's resignation, we won't resolve the bigger problem."

"I'm super happy with the resignation of the governor, but I'm happier about the reactions of this people. We have no fear. Puerto Rico's problem and corruption is not about who is in power in four years. We have a structural problem. It's a problem of political structure because Puerto Rico doesn't have any power, Puerto Rico does not have freedom, and there is no democracy in a colony."